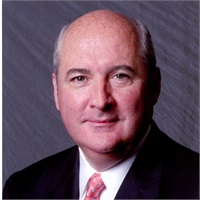 Michael Hearn a Founding Partner and Investment Officer for Genesee Capital Advisors. Specializing in customized portfolios and behavioral finance, Mike has shaped his investment perspective over three decades of experience in the financial industry.

A native of Auburn, N.Y., Mike is a graduate of Binghamton University. He has also completed coursework at Cornell University, the University of Maryland, and the New York Institute of Finance.

Mike’s professional experience includes positions within the public and private sectors, both internationally and domestically. After completing his undergraduate studies, he accepted a position with the International Rescue Committee (IRC) in Thailand, where he assisted with the resettlement of thousands of Indochinese refugees.

After completing his work in Thailand, Mike worked for the U.S. Congress as a Foreign Affairs Legislative Assistant. In this role, he wrote speeches and drafted legislation on a wide variety of issues. He later delved into his life-long interest in the financial industry and began working as an international banker with Manufacturers Hanover Trust. After extensive training, he was tasked with business development related to many of the largest financial institutions in Asia. His efforts were subsequently recognized and rewarded by his recruitment by Merrill Lynch’s Wall Street headquarters as an Asia-Pacific regional analyst. Mike’s career experience and interests culminated in becoming a financial advisor/portfolio manager. He has fully applied himself to the growth and protection of his clients’ financial assets.

Mike and his wife live in Skaneateles, New York, where they have raised their two daughters. He enjoys numerous outdoor activities, including skiing, swimming and boating.  Mike is currently an advisory board member of the Skaneateles Lake Association.